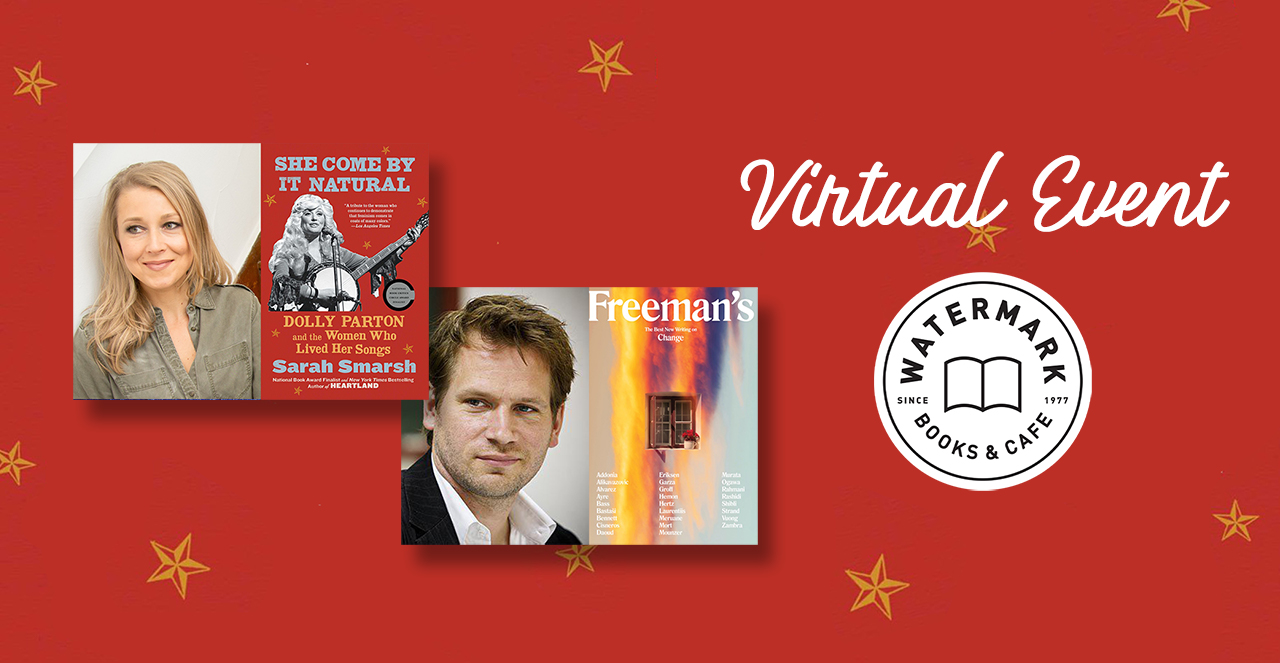 What: Watermark Books & Café invites you to attend a virtual event with bestselling author, Sarah Smarsh. Sarah will be joining us for a virtual discussion in celebration of the paperback release of She Come by it Natural—an analysis of how Dolly Parton’s songs—and success—have embodied feminism for working-class women. Sarah will be joined in conversation with John Freeman, editor of Freeman’s, a literary annual of new writing, and executive editor at Alfred A. Knopf.

About She Come By It Natural

Growing up amid Kansas wheat fields and airplane factories, Sarah Smarsh witnessed firsthand the particular vulnerabilities—and strengths—of women in working poverty. Meanwhile, country songs by female artists played in the background, telling powerful stories about life, men, hard times, and surviving. In her family, she writes, “country music was foremost a language among women. It’s how we talked to each other in a place where feelings aren’t discussed.” And no one provided that language better than Dolly Parton.

In this “tribute to the woman who continues to demonstrate that feminism comes in coats of many colors,” Smarsh tells readers how Parton’s songs have validated women who go unheard: the poor woman, the pregnant teenager, the struggling mother disparaged as “trailer trash.” Parton’s broader career—from singing on the front porch of her family’s cabin in the Great Smoky Mountains to achieving stardom in Nashville and Hollywood, from “girl singer” managed by powerful men to self-made mogul of business and philanthropy—offers a springboard to examining the intersections of gender, class, and culture

John Freeman is the editor of Freeman’s, a literary annual of new writing, and executive editor at Alfred A. Knopf. His books include How to Read a Novelist and Dictionary of the Undoing, as well as Tales of Two Americas, an anthology about income inequality in America, and Tales of Two Planets, an anthology of new writing about inequality and the climate crisis globally. He is also the author of two poetry collections, Maps and The Park. His work is translated into more than twenty languages, and has appeared in The New Yorker, The Paris Review, and The New York Times. The former editor of Granta, he teaches writing at New York University.

She Come By It Natural: Dolly Parton and the Women Who Lived Her Songs (Paperback)