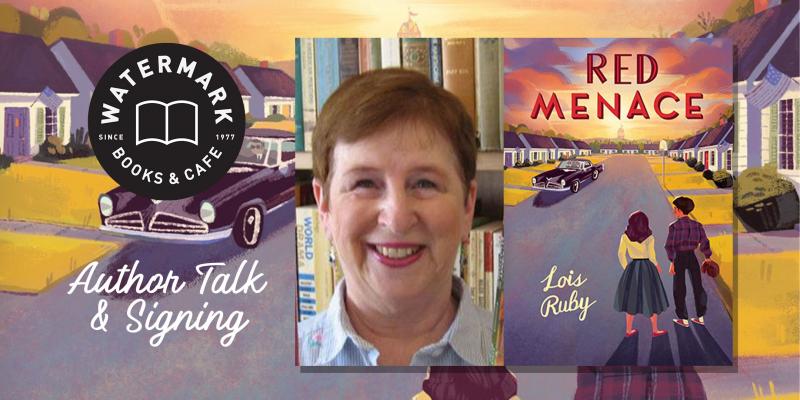 Watermark Books & Cafe will host Lois Ruby for an author talk and signing of Red Menace on Friday, Feb. 28 at 6:00 p.m.