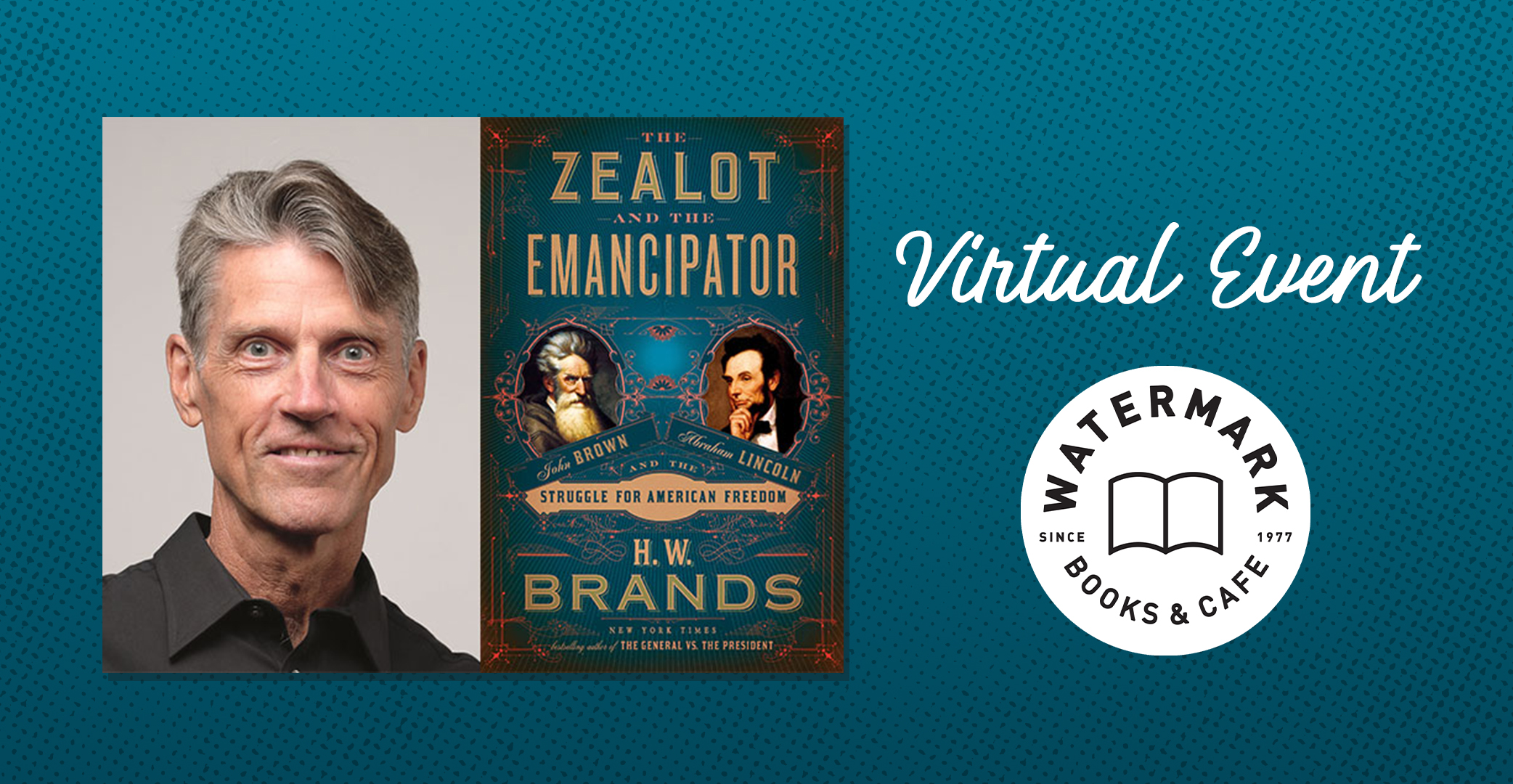 What: Watermark Books & Café invites you to attend a virtual event with the bestselling author of The First American! H. W. Brands will join us for a virtual Q&A and discussion of his new book The Zealot and the Emancipator—The epic struggle over slavery as embodied by John Brown and Abraham Lincoln—two men moved to radically different acts to confront our nation’s gravest sin.

John Brown was a charismatic and deeply religious man who heard the God of the Old Testament speaking to him, telling him to destroy slavery by any means. When Congress opened Kansas territory to slavery in 1854, Brown raised a band of followers to wage war. His men tore pro-slavery settlers from their homes and hacked them to death with broadswords. Three years later, Brown and his men assaulted the federal arsenal at Harpers Ferry, Virginia, hoping to arm slaves with weapons for a race war that would cleanse the nation of slavery.

Brown’s violence pointed ambitious Illinois lawyer and former officeholder Abraham Lincoln toward a different solution to slavery: politics. Lincoln spoke cautiously and dreamed big, plotting his path back to Washington and perhaps to the White House. Yet his caution could not protect him from the vortex of violence Brown had set in motion. After Brown’s arrest, his righteous dignity on the way to the gallows led many in the North to see him as a martyr to liberty. Southerners responded with anger and horror to a terrorist being made into a saint. Lincoln shrewdly threaded the needle between the opposing voices of the fractured nation and won election as president. But the time for moderation had passed, and Lincoln’s fervent belief that democracy could resolve its moral crises peacefully faced its ultimate test.

The Zealot and the Emancipator is acclaimed historian H. W. Brands’s thrilling and page-turning account of how two American giants shaped the war for freedom.

H. W. BRANDS holds the Jack S. Blanton Sr. Chair in History at the University of Texas at Austin. He has written more than a dozen biographies and histories, two of which, The First American and Traitor to His Class, were finalists for the Pulitzer Prize.

The Zealot and the Emancipator: John Brown, Abraham Lincoln, and the Struggle for American Freedom (Hardcover)