David Sedaris at the Orpheum 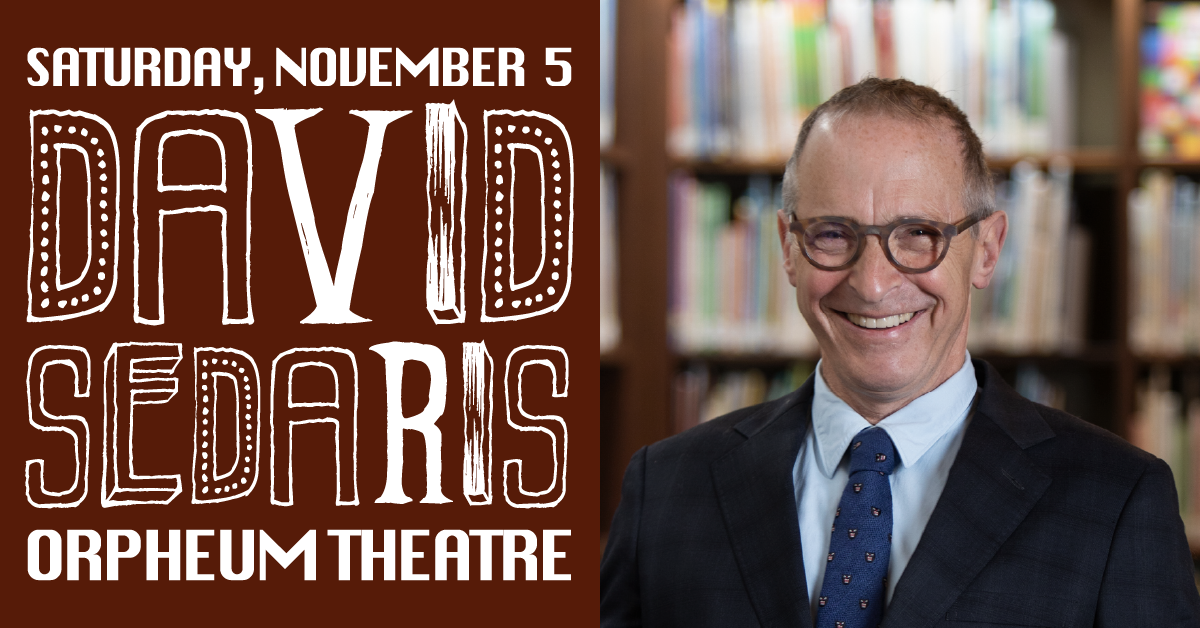 David Sedaris returns to the Orpheum Theatre for a night of humor and readings, followed by a book signing, on Saturday, November 5th at 8pm. Doors open at 7pm. Watermark Books & Café will be on site selling copies of his latest release, Happy Go Lucky, along with some past favorites. You can read more about this event and purchase tickets at the Orpheum's website HERE.

David Sedaris is the author of twelve previous books, including, most recently, A Carnival of Snackery, The Best of Me, and Calypso. He is a regular contributor to The New Yorker and BBC Radio 4. In 2019, he was inducted into the American Academy of Arts and Letters. He is the recipient of the Thurber Prize for American Humor, the Jonathan Swift International Literature Prize for Satire and Humor, and the Terry Southern Prize for Humor.

Back when restaurant menus were still printed on paper, and wearing a mask—or not—was a decision made mostly on Halloween, David Sedaris spent his time doing normal things. As Happy-Go-Lucky opens, he is learning to shoot guns with his sister, visiting muddy flea markets in Serbia, buying gummy worms to feed to ants, and telling his nonagenarian father wheelchair jokes.

But then the pandemic hits, and like so many others, he’s stuck in lockdown, unable to tour and read for audiences, the part of his work he loves most. To cope, he walks for miles through a nearly deserted city, smelling only his own breath. He vacuums his apartment twice a day, fails to hoard anything, and contemplates how sex workers and acupuncturists might be getting by during quarantine.

As the world gradually settles into a new reality, Sedaris too finds himself changed. His offer to fix a stranger’s teeth rebuffed, he straightens his own, and ventures into the world with new confidence. Newly orphaned, he considers what it means, in his seventh decade, no longer to be someone’s son. And back on the road, he discovers a battle-scarred America: people weary, storefronts empty or festooned with Help Wanted signs, walls painted with graffiti reflecting the contradictory messages of our time: Eat the Rich. Trump 2024. Black Lives Matter.

In Happy-Go-Lucky, David Sedaris once again captures what is most unexpected, hilarious, and poignant about these recent upheavals, personal and public, and expresses in precise language both the misanthropy and desire for connection that drive us all. If we must live in interesting times, there is no one better to chronicle them than the incomparable David Sedaris.