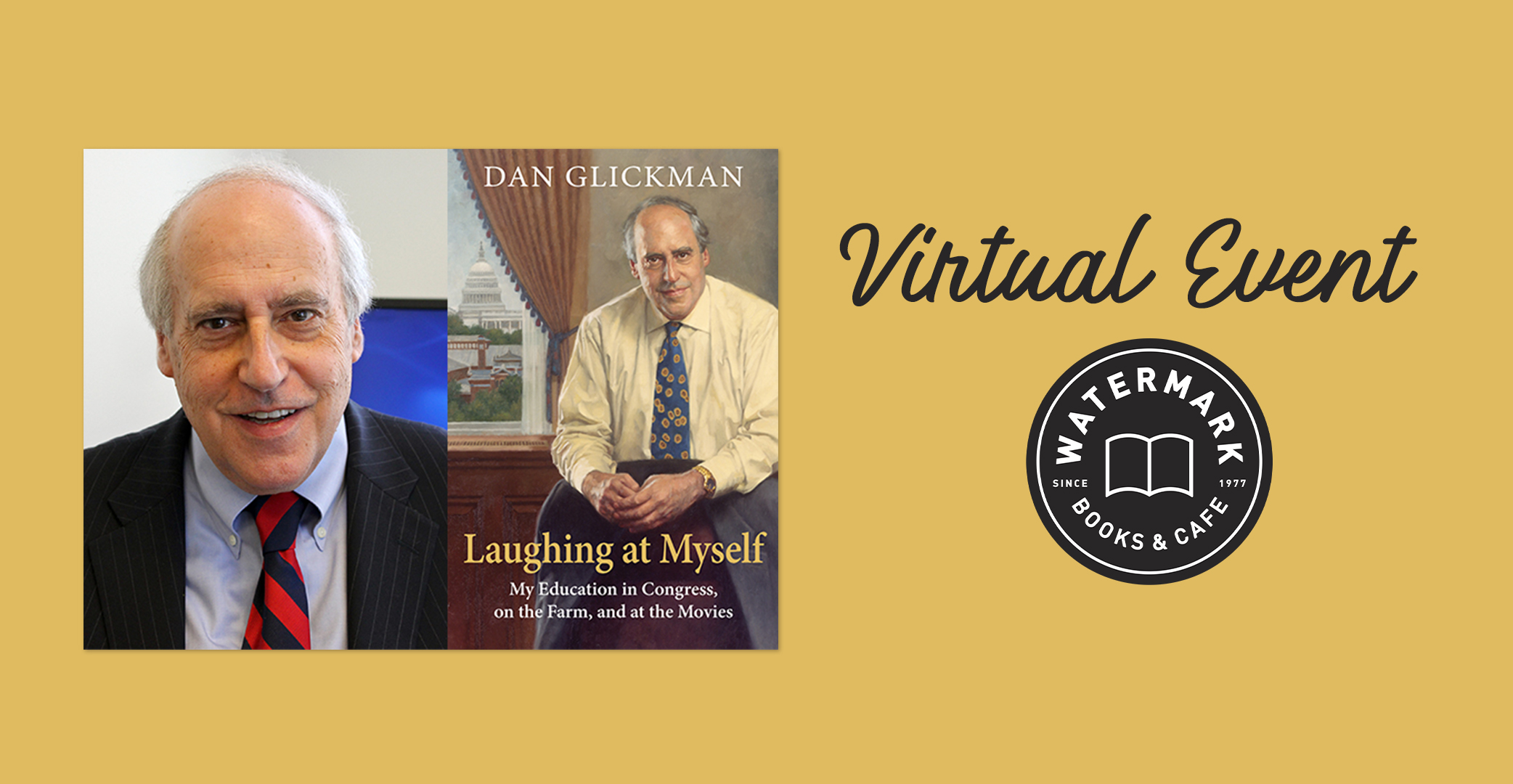 What: Watermark Books & Café invites you to attend a virtual event with local author and former Kansas Representative Dan Glickman! Dan will be joining us for a virtual discussion of his new book Laughing at Myself: My Education in Congress, on the Farm, and at the Movies.

Where else but in America could a Jewish kid from Kansas, son of self-made, entrepreneurial parents and a grandson of Russian and Eastern European immigrants, end up as a congressman, secretary of agriculture, and chief lobbyist for Hollywood?

In Laughing at Myself: My Education in Congress, on the Farm, and at the Movies Dan Glickman tells his story of a classical family background, religious heritage, and “Midwestern-nice” roots, and how it led to a long and successful career in public service. Dan combines a steady sense of humor with serious reflection on his rise from the middle of nowhere to becoming a successful US politician and the first Jewish secretary of agriculture since Joseph served pharaoh in biblical times. Dan defines success as a willingness to listen, an ability to communicate ideas, and a yen for compromise. Dan has successfully navigated the worlds of congressional politics, cabinet-level administration, and the entertainment industry and offers readers the many tricks of the trade he has learned over the years, which will inform the understanding of citizens and help aspiring politicians seeking alternatives to the current crisis of partisanship.

Dan is convinced that the toxicity seen in our current political culture and public discourse can be mitigated by the principles that have guided his life—-a strong sense of humor (specifically an ability to laugh at himself), respect and civility for those who have different points of view, a belief system founded on values based on the Golden Rule, and a steadfast commitment to solve problems rather than create irreconcilable conflicts. While these values form the backbone of Dan Glickman’s personal life and professional career, the real key to his success has been resiliency—learning from adversity and creating opportunities where none may have originally existed. Even though you never know what’s around the corner, in Laughing at Myself Dan offers a bold affirmation that America is still a nation built on opportunity and optimism. Laughing at Myself affirms readers in their desire to move beyond just surviving to living life with purpose, passion, and optimism.

Dan Glickman is a former vice president of the Aspen Institute, a senior fellow at the Bipartisan Policy Center, and a board member of the World Food Program USA. He served for eighteen years in the US House of Representatives representing the 4th Congressional District of Kansas, as the US Secretary of Agriculture from (1995 – 2001) , and as chairman of the Motion Picture Association of America, Inc. (2004-2010).

Laughing at Myself: My Education in Congress, on the Farm, and at the Movies (Hardcover)