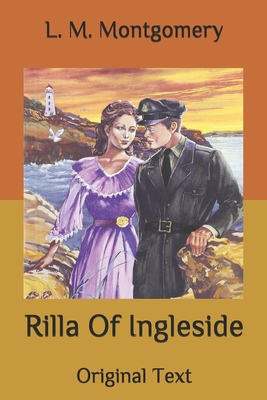 
Available to order! Usually Ships to Store in 3-5 Days.
(This book is not returnable.)
Anne's children were almost grown up, except for pretty, high-spirited Rilla. No one could resist her bright hazel eyes and dazzling smile. Rilla, almost fifteen, can't think any further ahead than going to her very first dance at the Four Winds lighthouse and getting her first kiss from handsome Kenneth Ford. But undreamed-of challenges await the irrepressible Rilla when the world of Ingleside becomes endangered by a far-off war. Her brothers go off to fight, and Rilla brings home an orphaned newborn in a soup tureen. She is swept into a drama that tests her courage and leaves her changed forever.It was a warm, golden-cloudy, lovable afternoon. In the big living-room at Ingleside Susan Baker sat down with a certain grim satisfaction hovering about her like an aura; it was four o'clock and Susan, who had been working incessantly since six that morning, felt that she had fairly earned an hour of repose and gossip.