The Bandolero: Or, A Marriage among the Mountains (Paperback) 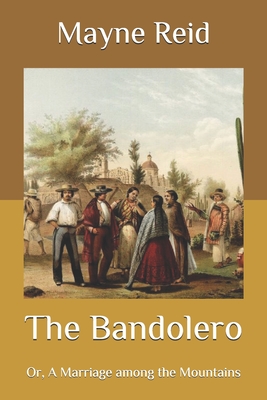 The Bandolero: Or, A Marriage among the Mountains (Paperback)


Available to order! Usually Ships to Store in 3-5 Days.
(This book is not returnable.)
Twenty years ago, not twenty miles from the Land's End, there lived a Cornish gentlemannamed Trevannion. Just twenty years ago he died, leaving to lament him a brace of noble boys, whose mother all three had mourned, with like profound sorrow, but a short while before."Squire" Trevannion, as he was called, died in his own house, where his ancestors for hundredsof years before him had dispensed hospitality. None of them, however, had entertained soprofusely as he; or rather improvidently, it might be said, since in less than three months after hisdeath the old family mansion, with the broad acres appertaining to it, passed into the hands of analien, leaving his two sons, Ralph and Richard, landless, houseless, and almost powerless. Onethousand pounds apiece was all that remained to them out of the wreck of the patrimonial estates.It was whispered that even this much was not in reality theirs, but had been given to them by thevery respectable solicitor who had managed their father's affairs, and had furthermore managedto succeed him in the ownership of a property worth a rental of three thousand a year.