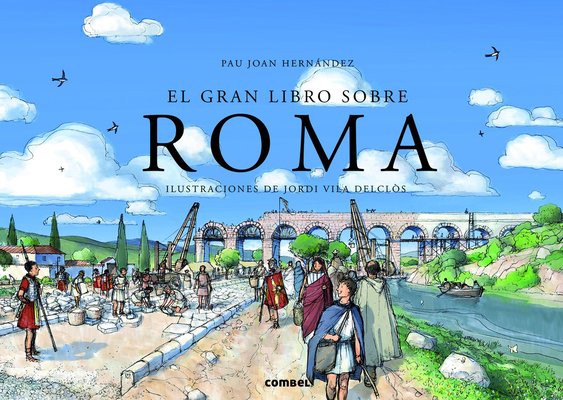 Out of Print, and unable to order.
Winner of:International Latino Book Awards, Mención de Honor en la categoría Best Children's Fiction Picture Books - Spanish With a spectacular pop-up of the Coliseum as its centerpiece, this interactive book places young readers in ancient Rome as few others do. Children are able to explore the port or walk down the street of a Roman city, visit an authentic Roman bath, and take in the awe-inspiring grandeur of the Coliseum. The military might of the Roman Empire is also highlighted in the book, which explains how legions were organized and which encourages kids to put their strategic abilities to the test by playing the Gallic Wars. This hands-on book also includes four board games with all of the corresponding pieces, ensuring that history is never boring.

Pau Joan Hernández is an award-winning writer, a translator, and a critic. He is the author of Egipto and the translator of Yo también decoro. Jordi Vila Declòs is an illustrator whose work has appeared in text books, children’s books, novels, and magazines. He has worked with architectural studies, film production companies, and theater groups.