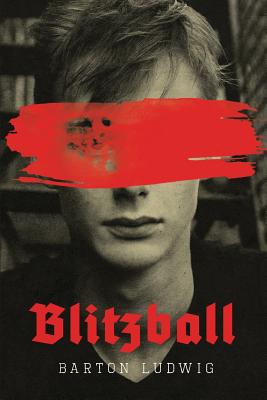 In a bestselling novel that speaks out against fascism and racism, a clone of Hitler combats his genes and tries to choose a better path. At Reichfield High, soccer is war and the battle is fought between Neo-Nazis and Mexicans.

"The tone hits a range of notes between Suzanne Collins' 2010 book, Mockingjay, and Mel Brooks' 1967 film, The Producers." -- Kirkus Reviews

.A predominantly white Reichfield High has lost every game in the last few years to the North Prep, a school with mostly Mexican, Brazilian, and Filipino students. For the first game of the season, however, Addie and his teammates are confident that they will win--because they've personally made sure the lead player of the opposite team will be unable to play.

Addie and his supremacist and misogynistic friends are ill-prepared for what comes next, though. They are defeated by Shaylee, the best soccer player North Prep has ever seen--who also happens to be a girl. Granted an exception, Shaylee is allowed to compete in a team of all boys.

Unable to accept defeat, Addie is convinced that Shaylee must be using illegal methods to beat the Reichfield team. He sets out to expose her, but discovers instead that he has secrets of his own...

"In a book that highlights and takes a stand against fascism and racism, this story is quite relevant to society today where racism, fascism, totalitarianism and oppression can lurk under the surface." -- Avery West, author

"An intriguing blend of racial conflict, wry humor, and a winding plot make for an enjoyable read in Blitzball by Barton Ludwig, a narrative with a strong appeal for fans of soccer and coming of age." --Readers' Favorite