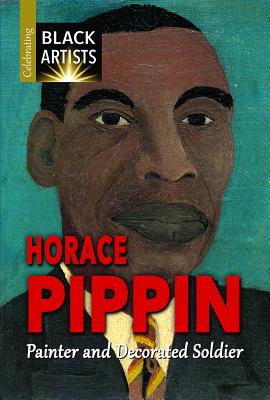 
This book may be unavailable. Please call us for price & availability: (316) 682-1181.
(This book is not returnable.)
War had a profound effect on Horace Pippin. Stationed in Europe during World War I, Pippin saw active combat as part of the Harlem Hellfighters regiment, a group of mostly African American soldiers. While he was serving bravely for a country that didn't yet fully recognize his civil rights, his right arm was injured by sniper fire, but he harbored far deeper wounds inflicted by the horrors of battle. He picked up a paintbrush as a way to treat his injury, but learning to make art soothed him in mind, body, and soul. In this in-depth biography, readers learn more about Pippin's life as a self-taught artist and how his art, ranging from self-portraits to landscapes to domestic scenes and touching on issues like slavery and segregation, drew the attention of museums, private collectors, and even Hollywood stars of the 1940s. Though his career was cut short by a fatal stroke when he was just 58 years old, Pippin's work left an indelible mark on American art.