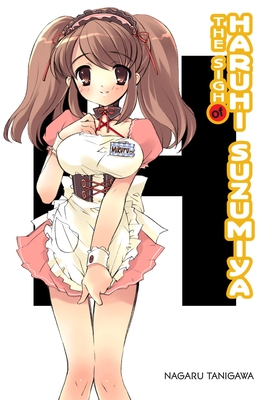 This is book number 2 in the The Haruhi Suzumiya Series series.

Gorgeous, confident, and demanding, Haruhi Suzumiya is the leader of the SOS brigade, a club comprised of her high school’s most extraordinary students. So when Haruhi is bored, it’s up to the SOS Brigade to do something about it. In this sequel to the clever and uniquely witty The Melancholy of Haruhi Suzumiya, the SOS Brigade goes along with Haruhi’s scheme to make a movie for the school’s upcoming cultural festival. But when filming begins, strange things start to happen, and Haruhi—who has no idea she’s a goddess with the ability to destroy the world—starts to show her devastating powers.

Could the end be near? Or is it just another day at high school? You never know when Haruhi is involved!

Join the frenzy and fun with this second book in the phenomenal bestselling series that took the world by storm.