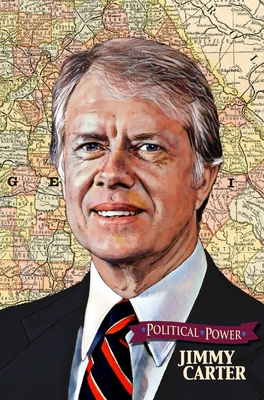 James Earl Carter, Jr.'s the hardest working former President of the United States. After serving as Georgia's 76th governor, Carter won the presidency during a tumultuous election cycle, serving one term from 1977-1981. Since leaving office, Carter has made a name for himself as the heart of the Democrat Party, exemplifying his servant-leader attitude. Released in time for his 97th birthday, Political Power: Jimmy Carter explores his life, loves, and leadership.

The biography comic format allows TidalWave writers to delve into the history of newsworthy figures and explore what shaped them. Several media outlets, including CNN, FOX News, "The Today Show" and Time and People magazines, have featured the company's line of biographical comic books.