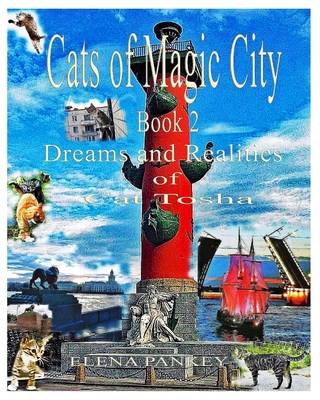 Tosha was sure that he was the highest being, and sought to subjugate all who lived nearby. When he happened to visit Gelendzik, he met local cats there and fought for his life. Then, cat Tosha reevaluated his St. Petersburg sybaritic life. He began to cherish everything that he had before his trip to the South.

Tosha had many talents, but hunting was his main and most successful hobby. Early in the morning, long before the rise of all the household members, he already brought them a caught sparrow. Usually, Tosha laid this caught and already lifeless sparrow on the bed at the very head of the mistress of the house - Alena.
And then, he sat down next to her and waited for Alena to wake up. Of course, he was sure, that his mistress Alena would be very happy that he already prepared the breakfast for her. It was more important that the mistress would appreciated his desire to be useful. Tosha wanted to see his mistress Alena cheerful. Then Tosha was happy, as well.