One of Ours (Paperback) 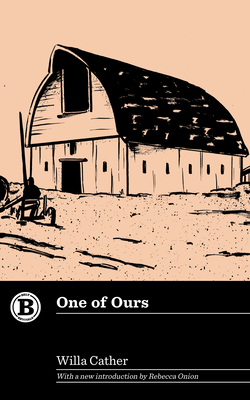 By Willa Cather, Rebecca Onion (Introduction by)
$14.95
On Our Shelves Now

Winner of the Pulitzer Prize in 1923, One of Ours is the story of Claude Wheeler, the son of a Nebraska farmer. As a young man, Claude is dissatisfied with Nebraska farm like as well as his marriage to a childhood friend, desperate for a more cosmopolitan life. When America joins the Great War, Claude decides to enlist, where he finds excitement and fulfillment--as well as tragedy--on the battlefield.

One of Ours was considered a failure by some male critics of the day: H. L. Mencken said it "drops to the level of a serial in the Ladies' Home Journal, fought out not in France, but on a Hollywood movie-lot," and Ernest Hemingway panned Cather for not having experienced the front-line herself. However, the Pulitzer committee considered it the greatest novel of the year, and this accessible, dramatic novel sold many more copies than Cather's more famous ones, O, Pioneers and My Antonia.