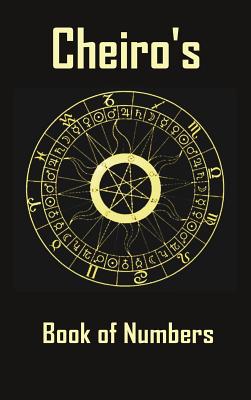 
Available to order! Usually Ships to Store in 3-5 Days.
(This book is not returnable.)
Chaldean Numerology could answer all of the questions you might have about your life's path. Numbers and Names and the date of our birth have profound effect upon our life's. All these things are not accidental and everything happens at the precise time, as the Universe is choreographed to perfection. Cheiro was a well known clairvoyant in his time, will show you the mysteries of numbers according to the Chaldean Numerology. As mentioned in his memoirs, Cheiro acquired his expertise in India. As a teenager, he traveled to the Bombay port of Apollo Bunder. There, he met his Guru, an Indian Brahmin, who took him to his village in the valley of the Konkan region of Maharashtra. Later Cheiro was permitted by Brahmans to study an ancient book that has many studies on hands; the pages of the book were made of human skin and written with gold and it is still guarded and protected with great care. After studying thoroughly for two years, he returned to London and started his career as a palmist. He had a wide following of famous European and American clients during the late 19th and early 20th centuries. He read palms and told the fortunes of famous celebrities like Mark Twain, W. T. Stead, Sarah Bernhardt, Mata Hari, Oscar Wilde, Grover Cleveland, Thomas Edison, the Prince of Wales, General Kitchener, William Ewart Gladstone, and Joseph Chamberlain. He documented his sittings with these clients by asking them to sign a guest book he kept for the purpose, in which he encouraged them to comment on their experiences as subjects of his character analyses and predictions. Of the Prince of Wales, he wrote that "I would not be surprised if he did not give up everything, including his right to be crowned, for the woman he loved." Cheiro also predicted that the Jews would return to Palestine and the country would again be called Israel.