In Predatory Light: Lions and Tigers and Polar Bears (Hardcover) 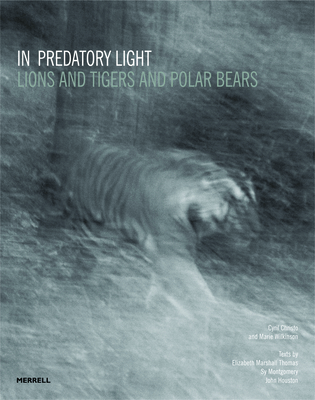 The regal lion, the magnificent tiger and the mighty polar bear are among the largest carnivores and most formidable predators on Earth. They live in diverse parts of the planet, but, threatened by the loss of their habitats, they all share an uncertain future. In Predatory Light is a superb tribute to the striking beauty of this trio of almost mythic creatures. Dramatic duotone images by Cyril Christo and Marie Wilkinson capture the animals roaming their natural environments, revealing not only their awesome power, but also their vulnerability. The images are accompanied by the photographers' reminiscences of their expeditions to Africa, Asia and the Arctic, and by heartfelt responses by three nature writers to the plight of these majestic mammals. Simultaneously thought-provoking and captivating, In Predatory Light is the perfect book for anyone concerned about the conservation of endangered species.

Cyril Christo and Marie Wilkinson are photographers who document the relationship between indigenous people and the natural world. They are the authors of Walking Thunder (Merrell, 2009). Elizabeth Marshall Thomas is a well-known anthropologist whose bestselling books include The Hidden Life of Dogs (1993). Sy Montgomery is a naturalist, author and documentary scriptwriter. Her many books include Spell of the Tiger (1995). John Houston is an award-winning film-maker specializing in Inuit culture.