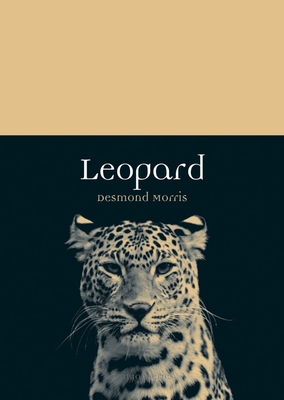 
This book may be unavailable. Please call us for price & availability: (316) 682-1181.
The sleek, spotted leopard may be the smallest of the big cats, but its ferocity and solitary style makes lions and tigers seem puny in comparison. Lacking the social mentality of other animals, the leopard is stealthy and selfish, ambushing its prey and carrying it high into a tree where it can dine alone. Humans call leopards the “perfect predator." In Leopard, renowned zoologist Desmond Morris seeks to show all sides of the cat, delving into the fascinating history of these incredible animals.

Morris examines the leopard’s athletic elegance, predatory skill, wary shyness, and cunning intelligence while also exploring the animal’s parental devotion, preference for solitude, and capacity for revenge. In addition to tracing the evolution of leopards, he considers how humans have related to the animal throughout history. Leopards, he shows, have long featured in the art, mythology, and folklore of ancient Greece, Persia, Rome, and even England, where they have not lived for several millennia. But humans and leopards do not always coexist peacefully; as Morris explains, leopards have been known to attack humans when their food is scarce or they are injured. He reveals how humans have exploited the cats, attempting to train them for circus roles, and how today some people are now making strides toward the leopard’s conservation. He also describes their rich symbolism, appearances in literature and film, and the use of the leopard print in both haute couture and down-market fashion.

Packed with compelling images of this amazing animal in action, Leopard sheds new light on these gorgeous cats.
Desmond Morris is a critically acclaimed writer and broadcaster. His many books include Owl and Monkey, also published by Reaktion Books.