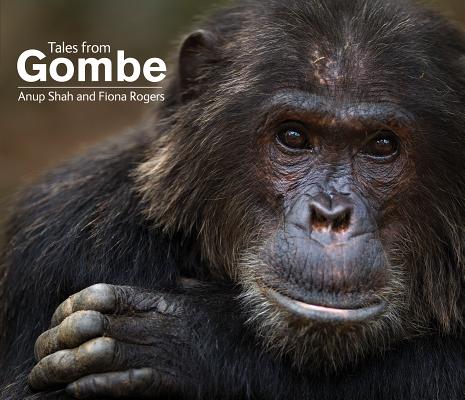 An irreplaceable natural history of the famous chimpanzees of Gombe National Park.

"There lives a society far away that we came to know. It imposes fewer inhibitions on its citizens than perhaps any modern society. There are very few cultural constraints of appearance and behavior on its members. The meager rules of conduct that do exist are implicit and well understood. These norms are almost always followed so that there are no policemen, judges, and lawyers. This society is a fine example of self-regulated social conduct." (from the Preface)

The Gombe chimpanzees are probably the most famous group of wild animals in history, having been observed and chronicled for more than 50 years. Through studies initiated by paleontologist and anthropologist Louis Leakey and carried out by primatologist Jane Goodall, people worldwide know some of the names and stories of the Gombe chimpanzees. The intimate portraits in Tales from Gombe reveal their inner lives and introduce the social dynamics, the dynasties and the key players.

Over the course of the last decade, Anup Shah and Fiona Rogers have dedicated long periods of their time to studying the various dynasties, photographing the key players and observing their actions. In Tales from Gombe they introduce the different characters and tell the fascinating stories of their lives, through both words and breathtaking photography.

The story turns out to be an epic saga of convoluted plots, family alliances, love, passion, suffering, ambition, politics, puzzles, surprises and controversies. But while the book intrigues and entertains, it also matches science with art to provide a thought-provoking experience that leaves the reader with greater understanding of primate life and a strong sense of empathy and respect.

Anup Shah and Fiona Rogers are a married British couple who specialize in photographing wild primates. Anup's first of many assignments for National Geographic was a story on the Gombe chimpanzees in 2003. Three large-format books followed, Circle of Life, African Odyssey, and Serengeti Spy, as well as a feature in Wildlife: The World's Top Photographers and the Stories Behind Their Greatest Images. He has won a number of categories in the Wildlife Photographer of the Year competition and is one of the 10 "masters" in the Firefly book Masters of Nature Photography. Fiona Rogers' photos have been published as full-length features in leading magazines including the Smithsonian, Geo, BBC Wildlife and National Wildlife.