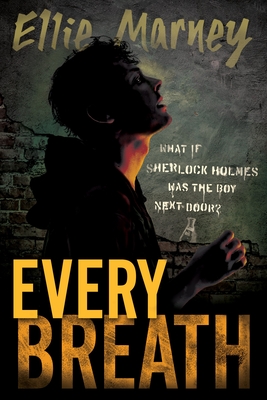 This is book number 1 in the Every series.

When James Mycroft drags Rachel Watts off on a night mission to the Melbourne Zoo, the last thing she expects to find is the mutilated body of Homeless Dave, one of Mycroft's numerous eccentric friends. But Mycroft's passion for forensics leads him to realize that something about the scene isn't right--and he wants Watts to help him investigate the murder.

While Watts battles her attraction to bad-boy Mycroft, he's busy getting himself expelled and clashing with the police, becoming murder suspect number one. When Watts and Mycroft unknowingly reveal too much to the cold-blooded killer, they find themselves in the lion's den--literally. A trip to the zoo will never have quite the same meaning to Rachel Watts again...

Ellie Marney was born in Brisbane, and has lived in Indonesia, Singapore and India. Now she writes, teaches, talks about kid's literature at libraries and schools, and gardens when she can, while living in a country idyll (actually a very messy wooden house on ten acres with a dog and lots of chickens) near Castlemaine, in north-central Victoria. Her partner and four sons still love her even though she often forgets things and lets the housework go. Ellie's short stories for adults have won awards and been published in various anthologies. Every Breath is her first novel for young adults.

Praise for Every Breath:

"Readers will be elated to find out that a sequel is on its way from Down Under. A smart, contemporary take on a timely classic that is sure to please Sherlock aficionados of all ages." - Kirkus Reviews

"This story is, in part, a homage to Sherlock Holmes and follows all the traditions of a whodunit. However it's also a tale of a friendship and developing romance of two grieving teenagers ... the author develops the characters into authentic, sympathetic individuals while keeping the mystery sustained and the plot moving forward. This is a well-written novel that should satisfy confident, thoughtful readers...." - School Library Journal

"Fans ... will appreciate the many twists and turns that come before the final show-stopping reveal ... the Melbourne setting is vividly conveyed, including a realistically diverse cast of teen and adults. Strength of family and friends is a strong underlying theme, and the romantic tension between Rachel and Mycroft sizzles on the page. Inventive and unusual, this will appeal to readers with a taste for darker stories." - Booklist