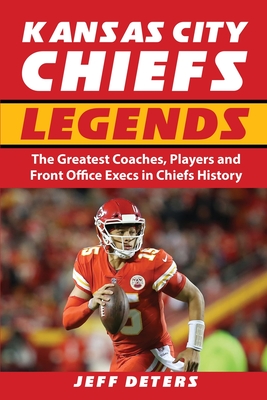 Watch as Mahomes takes the city and NFL by storm throwing 50 touchdown passes and winning the NFL MVP award in his first year as a starting quarterback. Dance with Kelce as he becomes the best tight end in the game. Hear the roar of the crowd after a Derrick Thomas sack. And go for a ride with Okoye as he runs over and away from defenders.

From Lamar Hunt founding the franchise, to the days of Hank Stram and his innovative new offense, to the Marty Schottenheimer and Carl Peterson years, to the team's run to the 2019 AFC championship game, it's all here in Kansas City Chiefs Legends, the ultimate tribute book for fans of Chiefs Kingdom.