Where Have All the Birds Gone?: Nature in Crisis (Library Binding) 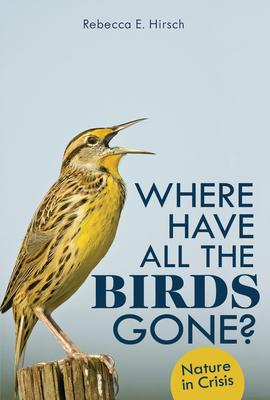 Where Have All the Birds Gone?: Nature in Crisis (Library Binding)

Birds are nature's essential workers, and they are crucial members of ecosystems around the world. Hummingbirds pollinate our flowers; cardinals munch on beetles, grasshoppers, and other pests that damage crops; owls eat rodents that can spread disease; vultures clean up roadkill and other waste. Beyond their practical aspects, birds bring us joy through their songs and beautiful feathers.

But since 1970, nearly 30 percent of all birds in the United States and Canada have vanished. Scientists are scrambling to figure out what may be causing such a drastic decline. The answer: humans. City lights and tall glass skyscrapers disorient migrating birds. Domesticated cats prowling outdoors kill billions of birds each year. Pesticides contaminate fish and insects, which are then consumed by birds of prey. And climate change might disrupt and even wipe out feeding grounds for entire species.

Discover the vast impacts birds have on ecosystems, food systems, and human communities, and learn more about what scientists are doing to protect them.

"Never have my astonishment, wonder, and admiration been so stirred as when I have witnessed these birds drop from their course like meteors from heaven." --Simon Pokagon, Potawatomi tribal leader

"In pushing other species to extinction, humanity is busy sawing off the limb on which it is perched." -- American biologist Paul R. Ehrlich

"There's something everyone can do in their lives and in their communities to make it a better place for birds and people." -- Gary Langham, chief scientist, National Audubon Society