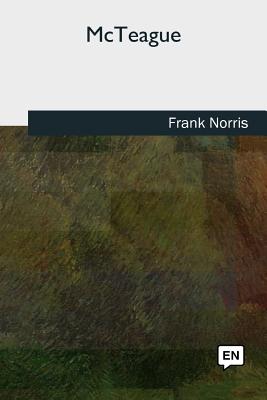 
Available to order! Usually Ships to Store in 3-5 Days.
(This book is not returnable.)
It was Sunday, and, according to his custom on that day, McTeague took his dinner at two in the afternoon at the car conductors' coffee-joint on Polk Street. He had a thick gray soup; heavy, underdone meat, very hot, on a cold plate; two kinds of vegetables; and a sort of suet pudding, full of strong butter and sugar. On his way back to his office, one block above, he stopped at Joe Frenna's saloon and bought a pitcher of steam beer. It was his habit to leave the pitcher there on his way to dinner. Once in his office, or, as he called it on his signboard, "Dental Parlors," he took off his coat and shoes, unbuttoned his vest, and, having crammed his little stove full of coke, lay back in his operating chair at the bay window, reading the paper, drinking his beer, and smoking his huge porcelain pipe while his food digested; crop-full, stupid, and warm. By and by, gorged with steam beer, and overcome by the heat of the room, the cheap tobacco, and the effects of his heavy meal, he dropped off to sleep. Late in the afternoon his canary bird, in its gilt cage just over his head, began to sing. He woke slowly, finished the rest of his beer-very flat and stale by this time-and taking down his concertina from the bookcase, where in week days it kept the company of seven volumes of "Allen's Practical Dentist," played upon it some half-dozen very mournful airs.