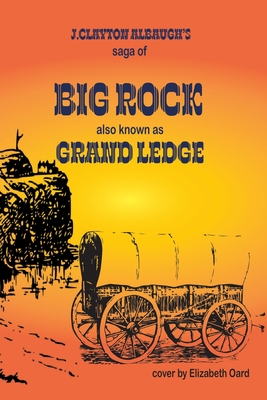 
Available to order! Usually Ships to Store in 3-5 Days.
In the early 1800s many people were moving out of New York City, Philadelphia, and Boston and heading west in search of land and jobs. Many settled in Ohio, Indiana, Kentucky, and Michigan. The McCutchens were no different. When they settled in Michigan, they find a new home and some new friends who are Indians. Problems arise while settling in and with help from locals the problems were solved, and friends were made. Kids went to school and mom became the bread winner and a bread maker and dad made bricks. Daisy enters their life and things change. J. Clayton Albaugh is a retired machinist, former fighter and policeman. He graduated from Grand Ledge high school and is a woodworker and has made many pieces of furniture. He lives with his wife of 58 years in Mulliken. They had two daughters who are grown and live in Michigan. His second book about Grand Ledge covers the settlement of the village in the 1800's. It follows a family from Pennsylvania to the Michigan Territory and the journey they took heading west. They encountered Indians that were earlier settlers in the area and made friends with a few. They found that the area was rich in clay and coal and used these to create a legacy all their own. Struggles sometimes create tragedy as did this family. An Indian showed them how to hunt and to care for their animals. Grand Ledge got its stirrings from many individuals and groups. That is why Grand Ledge is the great little town in Michigan and is a scenic wonder that many visit to see the 'Big Rocks'. "I always have a good day, - - - it is just that - - - some days are better than others.