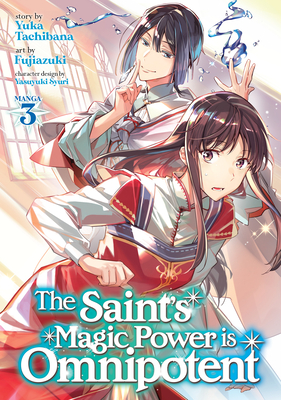 
Available to order! Usually Ships to Store in 3-5 Days.
THE SAINT REVEALED

The land of Salutania needed a savior, but Sei didn't get chosen for the job. Stranded in an unfamiliar world, she wound up finding all kinds of ways to keep busy: potion-making, enchanting, and accidentally romancing a handsome knight! Deep down, though, Sei always knew she had the power of a Saint. When she reveals that power by regenerating a wounded man's missing arm, will her peaceful days be over for good?
Yuka Tachibana is a Japanese writer best known for The Saint's Magic Power is Omnipotent.

Fujiazuki is a Japanese manga artist best known for The Saint's Magic Power is Omnipotent (Manga) and a Macross Delta prequel manga.