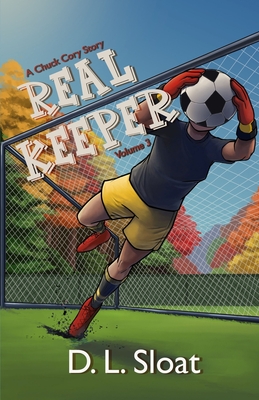 Could you fight on for love of the game?

When thirteen-year-old Chuck Cory's childhood playmate jogs back into his life, he finds himself playing an unfamiliar, yet timeless, sport.

Sarah Yando, a state-ranked soccer goalkeeper, agrees to fill in for a West Riverside Rapids player who had been sidelined by an injury, but only if Chuck goes trick-or-treating with her.

When Chuck's teammate objects to Sarah's presence, he misses an opportunity to defend her. He also experiences a case of cold feet when Sarah wants to go public about their true relationship.

Sarah's abrupt disappearance becomes a game-changer for Chuck. He discovers that her absence might be linked to the fields on which she has played, so his priority becomes about raising awareness toward the potential danger.

Soon, the controversy has the whole town abuzz, and Chuck must find the courage to stand up and demand change-for Sarah's sake, and for the health of all young athletes.