That Time I Got Reincarnated as a Slime 10 (Paperback) 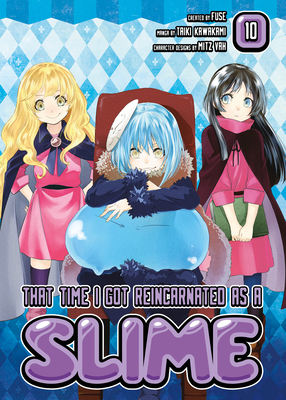 That Time I Got Reincarnated as a Slime 10 (Paperback)

This is book number 10 in the That Time I Got Reincarnated as a Slime series.

As players of Monster Hunter and Dungeons & Dragons know, the slime is not exactly the king of the fantasy monsters. So when a 37-year-old Tokyo salaryman dies and wakes up in a world of elves and magic, he's a little disappointed to find he's become a blind, boneless slime monster.

Over the course of his new life as a slime, Rimuru has overcome many trials and tribulations--aggressive neighbors, treacherous plots, deadly beasts--to build his very own nation of monsters. For a change of pace, he's decided to engage in a diplomatic tour of the nearby human kingdoms, where he might have found his most challenging adversary yet: a classroom of rowdy children! Can he live up to the memory of his long-lost friend Shizu by taking care of her former pupils?