Dispensational Truth [with Full Size Illustrations], or God's Plan and Purpose in the Ages (Paperback) 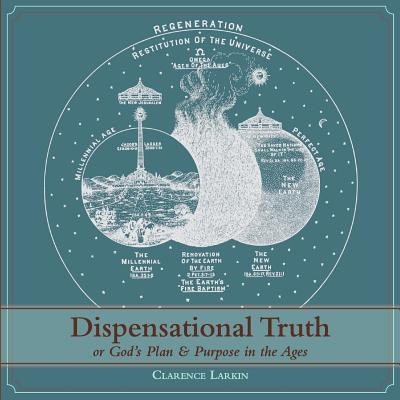 Dispensational Truth [with Full Size Illustrations], or God's Plan and Purpose in the Ages (Paperback)

In Dispensational Truth, Clarence Larkin maps the Prophetic Scriptures of the Old and New Testaments. The culmination of three decades of bible study, Larkin's elaborate prophetical charts and descriptions made the literal interpretation of the Bible accessible to a vast audience and greatly influenced conservative Protestant visual culture. After the first edition of his Dispensational Truth quickly depleted, Larkin expanded his work twofold in charts and descriptive matter for the 1920 edition, which is reprinted here. This singular, exhaustive work draws on the works of figures like C. I. Scofield and John Nelson Darby and provides the definitive foundation of premillennialism.

Clarence Larkin (1850-1924) renounced his career as a draftsman to pursue a spiritual life. In 1882, he became a Baptist minister and used his drafting skills to visually interpret the eras of the Bible in accordance with premilliannialist dispensationalism.

If you would like a more substantial Echo Point Hardcover edition of Dispensational Truth for your library, please search ISBN 1626541078.