Manual of Psychomagic: The Practice of Shamanic Psychotherapy (Paperback) 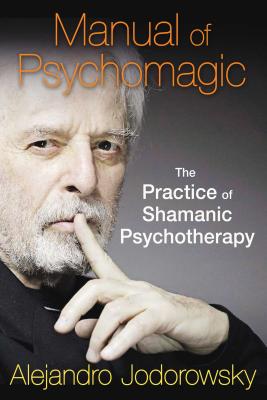 Manual of Psychomagic: The Practice of Shamanic Psychotherapy (Paperback)


Available to order! Usually Ships to Store in 3-5 Days.
A workbook for using symbolic acts to heal the unconscious mind

• Details how practitioners can develop unique psychomagic solutions for their patients

Traditional psychotherapy seeks to unburden the unconscious mind purely through talk and discussion. Psychomagic recognizes that it is difficult to reach the unconscious with rational thought. We should instead speak directly to the unconscious in its own language, that of dreams, poetry, and symbolic acts. By interacting on this deeper level, we can initiate quicker and more enduring change to resolve repressed childhood trauma, express buried emotions, and overcome deep-seated intimacy issues. Through the lens of psychomagic, illness can be seen as the physical dream of the unconscious, revealing unresolved issues, some passed from generation to generation.

In this workbook of psychomagical spells, legendary filmmaker and creator of psychomagic Alejandro Jodorowsky provides several hundred successful psychomagic solutions for a wide range of psychological, sexual, emotional, and physical problems from stuttering, eczema, and fear of failure to repressed rage, hereditary illnesses, and domineering parents. Each solution takes the same elements associated with a negative emotional charge and recasts them into a series of theatrical symbolic actions that enable one to pay the psychological debts hindering their lives. Explaining the shamanic techniques at the foundation of psychomagic, the author offers methods for aspiring practitioners to develop solutions for their own unique patients.

Jodorowsky explains how the surreal acts of psychomagic are intended to break apart the dysfunctional persona with whom the patient identifies in order to connect with a deeper, more authentic self. As he says in the book, “Health only finds itself in the authentic. There is no beauty without authenticity.”
Alejandro Jodorowsky is a playwright, filmmaker, composer, mime, psychotherapist, and author of many books on spirituality and tarot, and over thirty comic books and graphic novels. He has directed several films, including The Rainbow Thief and the cult classics El Topo and The Holy Mountain. He lives in France. In 2019, Alejandro Jodorowsky was cited as one of the "100 Most Spiritually Influential Living People in the World" according to Watkins Mind Body Spirit magazine.
“Psychomagic is the purest art form and a plea against suffering. Alejandro Jodorowsky is a demiurge and an interpreter of our stories, always exploring further the understanding of both the beauty and complexity revealed by humankind.”
— Diana Widmaier-Picass o, art historian

“This is great . . . like a cookbook of very useful recipes that can help us to understand our life and the universe we live in.”
— Marina Abramovi´c, performance artist

“Jodorowsky is a brilliant, wise, gentle, and cunning wizard with tremendous depth of imagination and crystalline insight into the human condition.”
— Daniel Pinchbeck, author of Breaking Open the Head

“Alejandro Jodorowsky seamlessly and effortlessly weaves together the worlds of art, the confined social structure, and things we can only touch with an open heart and mind.”
— Erykah Badu, artist and alchemist

“An autobiographical work by an octogenarian, The Dance of Reality begs to be read as a culminating work. . . .”
— Los Angeles Times

“The Dance of Reality [film is] a trippy but big-hearted reimagining of the young Alejandro’s unhappy childhood in a Chilean town. . . .”
— New York Times Magazine

“Rather than clarifying the meaning of his imagery, [The Spiritual Journey of Alejandro Jodorowsky] only inspires readers to enjoy its ‘mystery’ . . . a worthy read, filled with growing pains and crises that end in artistic triumph and achievement of wisdom and compassion.”
— Scene4 Magazine

“Wildly creative and boldly cinematic. The unifying factor is a bizarre sense of whimsy. . . For the armchair student of human psychology, imagining Jodorowsky’s vibrant, visceral, and entirely unapologetic paths to the unconscious should be an absolutely delightful exercise.”
— Publishers Weekly, February 2015