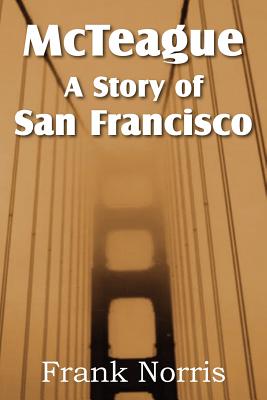 
Available to order! Usually Ships to Store in 3-5 Days.
(This book is not returnable.)
McTeague by Frank Norris tells the story of a couple's courtship and marriage, and their subsequent descent into poverty, violence and finally murder as the result of jealousy and avarice. McTeague is a graphic depiction of urban American life centering around McTeague, a dentist practicing in San Francisco. At first content with his life and friendship with an ambitious man named Marcus, McTeague eventually courts and marries Trina, a parsimonious young woman who wins a large sum of money in a lottery. The greed of the majority of the characters in the novel creates a chain of events that lead to many painful, gruesome deaths.