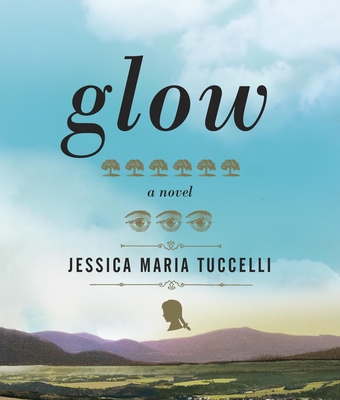 In the autumn of 1941, Amelia J. McGee, a young woman of Cherokee and Scotch-Irish descent, and an outspoken pamphleteer for the NAACP, hastily sends her daughter, Ella, alone on a bus home to Georgia in the middle of the night—a desperate measure that proves calamitous when the child encounters two drifters and is left for dead on the side of the road.

Ella awakens in the homestead of Willie Mae Cotton, a wise root doctor and former slave, and her partner, Mary-Mary Freeborn, tucked deep in the Takatoka Forest. As Ella heals, the secrets of her lineage are revealed.

Shot through with Cherokee lore and hoodoo conjuring, Glow transports us from Washington, D.C., on the brink of World War II to the Blue Ridge frontier of 1836, from the parlors of antebellum manses to the plantation kitchens where girls are raised by women who stand in as mothers. As the land with all its promise and turmoil passes from one generation to the next, Ella’s ancestral home turns from safe haven to mayhem and back again.

Jessica Maria Tuccelli reveals deep insight into individual acts that can transform a community, and the ties that bind people together across immeasurable hardships and distances. Illuminating the tragedy of human frailty, the vitality of friendship and hope, and the fiercest of all bonds—mother love—the voices of Glow transcend their history with such grace and splendor, they have the power to exalt the reader.

DONNA POSTEL should have known the path she’d take by her first grade play. Instead of getting to play a duck or a tree, she was cast in the only speaking role, The Narrator. Fast forward to the present and we find Donna in her state-of-the-art studio where she has been happily talking to herself ever since. Her voice has been heard on hundreds of commercials and corporate narrations, recently expanding into audiobooks. When she’s not in the studio, Donna can be found down at the barn, cleaning up after, and occasionally riding, her horses.

JESSICA MARIA TUCCELLI spent three summers trekking through northeastern Georgia, soaking up its ghost stories and folklore. A graduate of MIT with a degree in anthropology, she lives in New York City with her husband and daughter. Glow is her first novel.

“Full of historical detail and tinged with mysticism . . . Tuccelli’s novel brims with the love and fierce loyalty that bind these disparate generations together.”
—Booklist