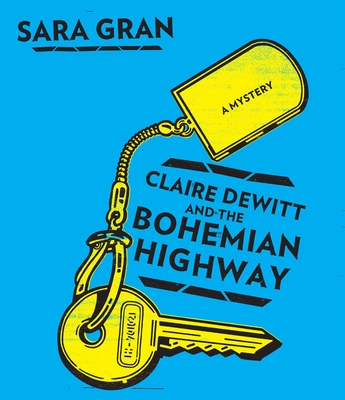 This is book number 2 in the Claire DeWitt series.

When Paul Casablancas, Claire DeWitt’s ex-boyfriend and a popular musician in the Bay Area scene is found dead in his apartment, his cherished guitars missing, the police are convinced it’s a simple robbery. But Claire knows that nothing is ever simple. With the help of her new assistant Claude, Claire follows the clues, finding hints to Paul’s fate in her other cases—especially a long-ago missing girl in New York’s gritty East Village and a modern-day miniature horse theft in Marin. As visions of the past reveal the secrets of the present, Claire begins to understand the words of the enigmatic French detective Jacques Silette: “The detective won’t know what he is capable of until he encounters a mystery that pierces his own heart.” And love, in all its forms, is the greatest mystery of all—at least to the world’s greatest P.I.

With a heroine hailed as “a charmer” (New York Times Book Review), from an author who “reminds me why I fell in love with the genre” (Laura Lippman), this is an addictive new adventure for an irresistible detective.

SARA GRAN is the author of two critically acclaimed novels, Come Closer, a psychological thriller and Dope, a noir homage. A former bookseller and native of Brooklyn who lived in New Orleans during Katrina, she now lives in Northern California.

CAROL MONDA is a two-time Audie® Award-winning narrator, with over 15 years of experience. She is also a veteran actress and voiceover artist for stage, radio, television, and film.

“Monda’s sensitive reading . . . makes listeners root for the haunted detective in her quest for the truth.”
—Booklist

“Carol Monda might have been born to narrate the Claire DeWitt novels. . . . Her tight-jawed contralto is capable of conveying subtle vibrations of grief, yearning, pity, self-loathing and amusement. . . . Monda’s performance encompasses all . . . facets of her personality and more.”
—Salon

“A whiskey-and-cigarettes delivery perfectly suited to this mystery.”
—Library Journal

“Carol Monda narrates with a classic noir delivery, a syrupy tone, and plenty of attitude. With a slightly raspy voice, Monda is provocative in her emphasis and infuses the story with dramatic flair. DeWitt fans will be delighted.”
—Publishers Weekly