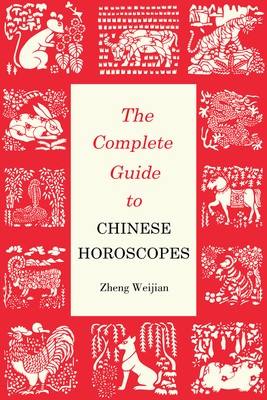 The Chinese horoscope represents a tradition more than 2,000 years old. It lasts for twelve years, with each year featuring a different symbolic animal. Ancient Chinese beliefs, which persist to the current day, hold that the year of one's birth has a significant effect on one's character, which relates to the features of that year's symbolic animal.

There are further levels of refinement to the Chinese horoscope cycle, based on beliefs related to the ancient divination text, Classic of Changes (I Ching), the Five Elements Theory (metal, wood, water, fire, earth), yin and yang, and the Ten Celestial Stems and Twelve Terrestrial Branches. These concepts, fundamental in China, are explained in this book, giving a fuller understanding of the Chinese zodiac, as well as an insight into Chinese culture.

Today, a vast number of people around the world believe their zodiac animal influences their hearts, minds, fortunes and relationships. Do you know to which symbolic animal you belong, according to the year of your birth? And do you know the element and other nuances of the forces that rule your particular birth year? This knowledge can guide you in every step of life, helping you to answer such important questions as: Who is a good partner? What kind of job is most suitable? Get to know yourself better with this handy guide.

Zheng Weijian received his Ph.D. degree from China's Renmin University in 1992. His research focuses on non-rational philosophy, including the culture of Chinese horoscopes and the Classic of Changes (I Ching). Among his publications are The Secret Code of Luck—Happy Geomancy, Good Luck Is Brought by Prosperous Geomancy, and several other works.