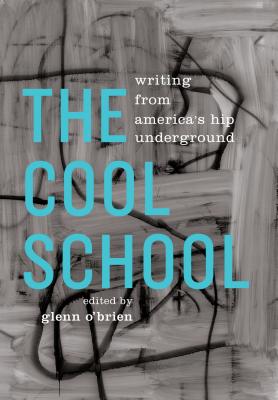 Who were the original hipsters? In this dazzling collection, Glenn O’Brien provides a kaleidoscopic guided tour through the margins and subterranean tribes of mid-twentieth century America—the worlds of jazz, of disaffected postwar youth, of those alienated by racial and sexual exclusion, of outlaws and drug users creating their own dissident networks. Whether labeled as Bop or Beat or Punk, these outsider voices ignored or suppressed by the mainstream would merge and recombine in unpredictable ways, and change American culture forever.

Glenn O’Brien is the author of Soapbox, Human Nature: Dubbed Version, and How To Be A Man. A former editor at Interview, Rolling Stone, Spin, and High Times, he writes frequently on contemporary art, supplied the lead catalog essay to the Whitney Museum exhibition “Beat Culture and the New America: 1950-65,” and is a contributing editor at Ten, L’Officiel Homme, and GQ, where he writes the “Style Guy” column.