In Todd We Trust (Hardcover) 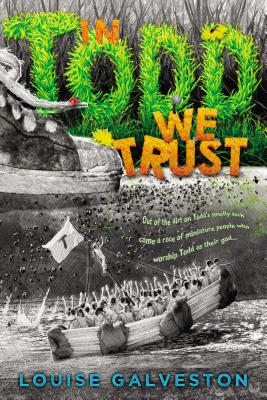 In Todd We Trust (Hardcover)


This book may be unavailable. Please call us for price & availability: (316) 682-1181.
Out of the dirt on Todd’s smelly sock came a race of miniature people who worship Todd as a god.
Now, the tiny Toddlians need everyone's prayers!

The Toddlians have always believed in the omnipotence of their god, twelve-year-old Todd Butroche. After all, Todd is their creator and they would not exist if it were not for him and his benevolent grossness. But when the Toddlians are confronted with a vile “red thing” (a moldy apple) and its mysterious and horrifying inhabitant (a worm!), they begin to believe Todd has forgotten all about them. There’s only one solution to the Toddlians’ problems: to find a new god! And so they decide to build a raft à la Noah’s ark in order to search for a more thoughtful deity. But who can the Toddlians turn to in their time of despair? And does Todd really not remember the miniature race generated by the dirt on his smelly sock? It will take more than divine intervention to save the Toddlians and mend their relationship with their neglectful creator.
Louise Galveston is a writer, playwright, and director of children’s theater. She lives with her husband in the Midwest and, like Todd, she presides over a small civilization of her own: a parrot, cockatiel, horse, African dwarf frog, and eleven tiny people who happen to be her children!