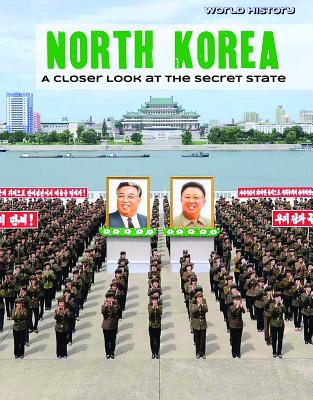 
This book may be unavailable. Please call us for price & availability: (316) 682-1181.
(This book is not returnable.)
North Korea strictly limits contact between its citizens and the outside world. Rare occasions, such as the North Korean Mass Games, offer a glimpse of what's often called the secret state. The country typically broadcasts an image of a strong and unified people, but what is the daily reality of life in North Korea? In this look at a major current events topic, state propaganda, defector's accounts, and other annotated quotes highlight conflicting reports. The country's political, economic, and military history is presented through detailed main text, fascinating sidebars, and historical and contemporary images.