The Politicization of the Supreme Court (At Issue) (Paperback) 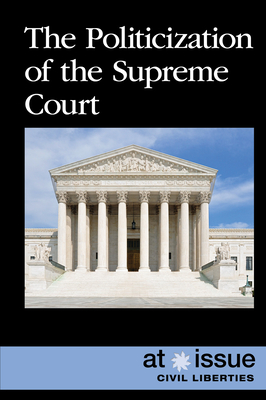 The Politicization of the Supreme Court (At Issue) (Paperback)

By Eamon Doyle (Compiled by)


This book may be unavailable. Please call us for price & availability: (316) 682-1181.
(This book is not returnable.)
As the most powerful judiciary body in the U.S., the Supreme Court is expected to uphold Constitutional values while remaining insulated from influence by political agendas. In recent years, however, some have perceived the Supreme Court as becoming increasingly politicized, with some labeling the 2018 appointment of Justice Kavanaugh a pro-conservative political maneuver. Despite these recent concerns, there are also numerous historical examples of judicial activism. This volume discusses the Supreme Court's politicization across history, examines whether it is realistic or useful to expect it to be insulated from politics, and evaluates possible means of depoliticizing the court.