By The Light of The Night: An Oromo Immigrant Story (Paperback) 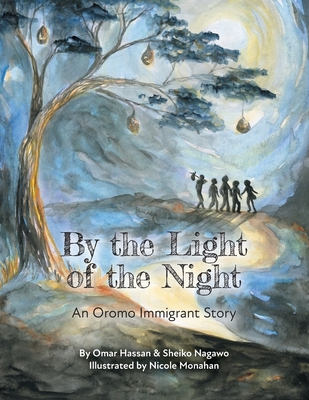 Life in Ethiopia during the era of Emperor Haile Selassie was bleak. The prospect of securing a job after graduating from university was unthinkable, especially if you were an Oromo and a Muslim who couldn't afford enormous bribes. One way to secure a job is to bribe government officials. The hopeless and corrupt culture of bribery and favoritism starts with a guard at the gate and runs all the way up to the hiring officer at the very top. The working motto of Ethiopia's civil service was and is: "ሢሾም ያልበላ ሢሻር ይቆጨዋል/ If you didn't embezzle while in power, you will regret it while out of power." Another way to secure employment in Haile Selassie's Ethiopia was if you knew someone who knew someone important. So, naturally we cheered and hooted when the emperor was deposed by the military the summer of 1974.

Just as quickly, our happiness was replaced with sadness as the military junta known as the Derg placed the emperor under house arrest and executed fifty-six senior minsters. Thus, a suffocating and toxic cloud of fear enwrapped Ethiopia for the next two decades.

The change we cheered for drove citizens into three camps: those for the socialist military government, those against it, and those, like Omar, Abdul, and I, who were for neither.

Too young to fully understand what was happening and too afraid to stay, we decided to leave Ethiopia for destination we'd only heard about, Djibouti.

On our long journey from Dire Dawa to America, we encountered many generous souls willing and able to help us escape tyranny. Hence, this story is not just about escape from tyranny, it is also a story of kindness by friends and complete strangers. The men and women to whom we refer as our lifelines in this picture book were there for us during our darkest hours, when we really needed someone to show us a way forward.