Once Upon a Spine (Bibliophile Mystery #11) (Compact Disc) 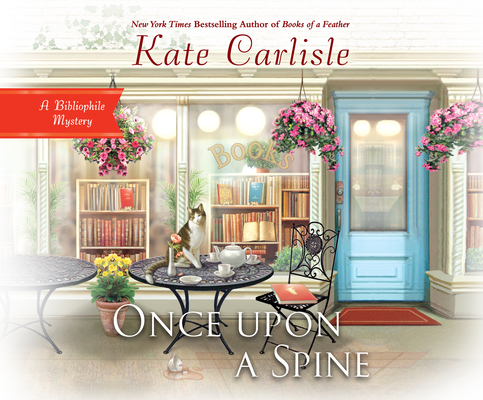 By Kate Carlisle, Susie Berneis
$59.99
Temporarily Out of Stock. Usually Ships in 3-5 Days.

This is book number 11 in the Bibliophile Mystery series.

Brooklyn's future in-laws are traveling from England to meet her, which is enough to set her on edge, but now rumors are flying around that the shops across the street may be replaced by apartments She fears that her trendy neighborhood will be ruined unless she can persuade the shopkeepers not to sell. But then a rare edition of Alice's Adventures in Wonderland causes bad blood at the bookshop, and a string of petty vandalism makes everyone nervous; the owner of the juice bar is felled by his own heavy shelves, and the local cobbler lies dead beside him. Things keep getting curiouser and curiouser until even a second priceless copy of Alice is discovered. Pretty soon Brooklyn's plan to save the shops feels like attempting six impossible things before breakfast. But, luckily, as the Brits descend, Brooklyn learns they're not so stuffy after all. Derek's dad is won over with chocolate cream pie, and his psychic mum would kill to help Brooklyn solve this murder - hopefully before anothe r victim t.