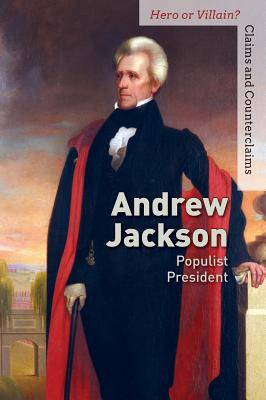 
This book may be unavailable. Please call us for price & availability: (316) 682-1181.
(This book is not returnable.)
Andrew Jackson was one of the most influential presidents in the history of the United States. Even in his own day, he was a controversial figure, and time has only increased the conflict. How was Andrew Jackson seen in his own time, and how is he seen in ours? What actions and beliefs did he represent that are still debated to this day? This biography presents readers with compelling details about the life and times of Old Hickory, the People's President, and examines the conflicts that still divide our nation.