Taken by Bear in Yellowstone: More Than a Century of Harrowing Encounters between Grizzlies and Humans (Paperback) 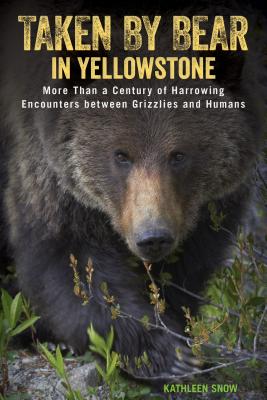 Taken by Bear in Yellowstone: More Than a Century of Harrowing Encounters between Grizzlies and Humans (Paperback)


Available to order! Usually Ships to Store in 3-5 Days.
Humans and grizzly bears have been coming into contact in Yellowstone National Park ever since it was founded in 1872. Most of these encounters have ended peacefully, but many have not. In order to most accurately tell the stories of those involved in the more deadly incidents, Kathleen Snow went directly to the source: the National Park Service archives. With help from personnel at park headquarters, Snow has collected more than 100 years' worth of hair-raising stories that read like crime scene investigations and provide hard-learned lessons in outdoor safety. A must-read for fans of Death in Yellowstone and anyone fascinated by human-animal interactions.
Kathleen Snow is the current president of the Montana Writers Guild. Her journalism has been published in Harper's Magazine, Women in Natural Resources, Where New York, and the Missoulian newspaper, among others. The University of Montana Press will publish her new mystery Searching for Bear Eyes in 2015. Her short fiction has been published in book form by The Island Institute Press and Montana Voices anthologies, as well as in literary magazines.