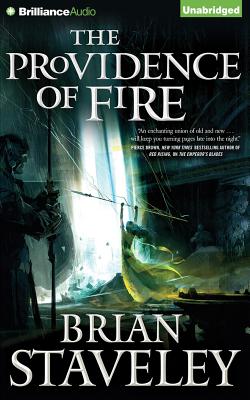 Brian Staveley's The Providence of Fire, the second novel in the Chronicle of the Unhewn Throne, a gripping new epic fantasy series in the tradition of Brandon Sanderson and George R. R. Martin