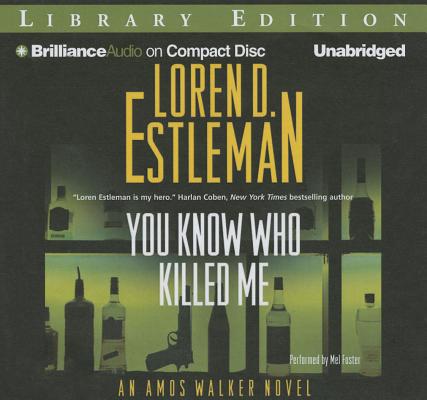 This is book number 24 in the Amos Walker Mysteries (Audio) series.

A hot new Amos Walker mystery by a master of the hard-boiled detective novel.

The area is flooded with billboards rented by the widow of Donald Gates, an ordinary suburbanite found shot to death in his basement on New Year's Eve: "YOU KNOW WHO KILLED ME " they read, above the number of the sheriff's tip line. Complicating matters is a $10,000 reward for information leading to the arrest and conviction of the murderer, offered by an anonymous donor through the dead man's place of worship.

Initially hired by the sheriff's department to run down anonymous tips, Walker investigates further. The trail leads to former fellow employee Yuri Yako, a Ukrainian mobster, relocated to the area through the US Marshals' Witness Protection Program.