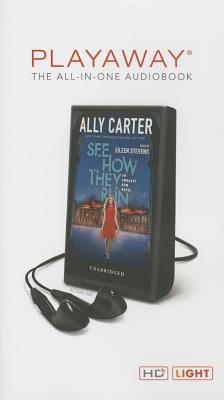 The twists get twistier and the turns get even more shocking in the second thrilling installment of Embassy Row.

Ally Carter is the "New York Times" bestselling author of the Gallagher Girls and Heist Society series. Her books have been published all over the world, in over twenty languages. She grew up on a farm in Oklahoma and has never caused an international incident (to her knowledge). You can visit her online at www.allycarter.com.