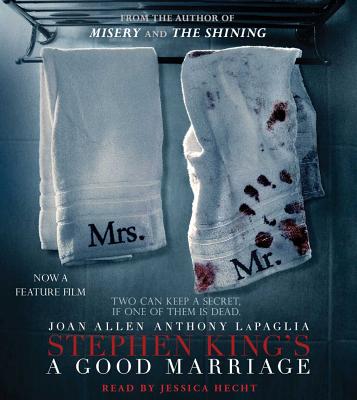 Bob Anderson, Darcy’s husband of more than twenty years, is away on one of his business trips, when his unsuspecting wife looks for batteries in the garage. Her toe knocks up against a box under a worktable and she discovers she doesn’t know her husband at all, but rather has been living with a stranger. This horrifying discovery, rendered with bristling intensity, could be the end of what Darcy though was a good marriage…