The Farmer in All of Us: An American Portrait (Hardcover) 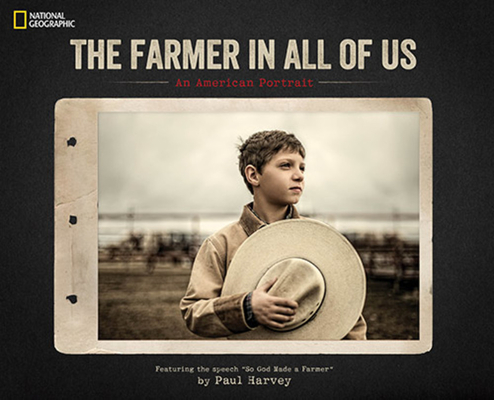 By Paul Harvey (Contributions by)
$54.00
Out of Print - Contact us to order used copies.

What began as an ode to the American farmer has evolved into an anthem to an iconic American way of life. Inspiring and moving, the book follows the themes of the heartwarming speech by legendary radio commentator Paul Harvey, “So God Made a Farmer.” Based on the TV commercial watched by millions during "The Big Game" in 2013, this book dives deep into the lives and work of farmers as well as the photographers who captured them. It features more than 200 photographs shot by ten world-class photographers, including National Geographic's William Albert Allard, and shines a spotlight on the American farmer in a compelling photographic poem.

PAUL HARVEY was an American radio broadcaster. For decades, his programs reached as many as 24 million people each week. He was known for personalizing the news with his opinions. The speech "So God Made a Farmer," delivered to the 1978 Future Farmers of America Convention, struck a chord with its emotional tribute to the American farmer. Harvey was also known for the radio series The Rest of the Story, described as a blend of mystery and history.