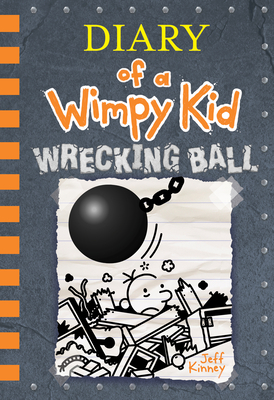 This is book number 14 in the Diary of a Wimpy Kid series.

The Wrecking Ball Show is crashing into Wichita soon! Jeff Kinney is comig to the Orpheum to celebrate the release of Wrecking Ball!

Join us at the Orpheum Theater on Friday, Nov. 8 at 6:00 p.m. This event will be ticketed.