Young Bess: The Girl Who Would Be Queen (Paperback) 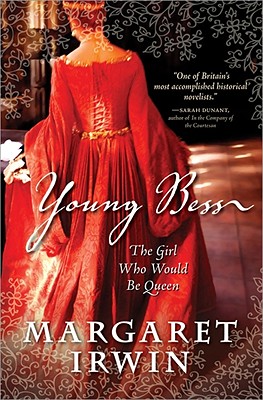 Young Bess: The Girl Who Would Be Queen (Paperback)

Young Elizabeth Tudor lives in the shadow of her infamous mother, Anne Boleyn. Declared a bastard and banished from her father's court, young princess Elizabeth has become adept at dodging the constant political games and royal whims that ensure her situation is never secure.

After Henry VIII's death, Elizabeth is taken in by the king's last wife, Katherine Parr, and Katherine's new husband, Tom Seymour. But handsome Tom is playing for higher stakes. Marrying a widowed queen is one thing, but courting the King's daughter and second in line to the throne is another. Seymor pursues the adolescent Elizabeth, as she finds herself dangerously attracted to him. And with her brother's death, Elizabeth faces a perilous and uncertain future with danger encroaching from all sides...

"I doubt if anyone could create more perfectly than Miss Irwin
the illusion of a vanished age."
-Observer

"Margaret Irwin's books have an unsurpassed colour and gusto."
-Times

What readers are saying:

"One of the best-written and most evocative historical novels ever."

"I adored this book from start to finish."

"Her prose is beautiful, perfect, and strangely evocative."

Margaret Irwin (1889-1969) was a master of historical fiction, blending meticulous research with real storytelling flair to create some of England's best-loved and most widely acclaimed novels, including Elizabeth, Captive Princess; Elizabeth and the Prince of Spain; The Gay Galliard; and The Stranger Prince.