Mystery of the White Lions: Children of the Sun God (Paperback) 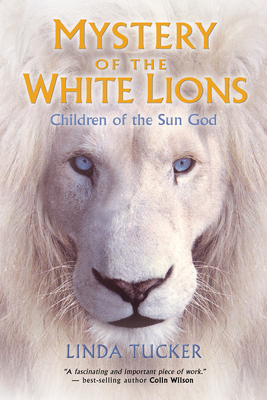 Mystery of the White Lions: Children of the Sun God (Paperback)


Available to order! Usually Ships to Store in 3-5 Days.
A true legend unfolding in our own extraordinary times.

African shamanism teaches that nature is magical, and magic is natural.

After being rescued from a life-threatening encounter with lions in the Timbavati game region by a sangoma known as the 'Lion Queen', Linda Tucker embarks on a journey into the mysteries of the most sacred animal on the African continent: the legendary White Lion. It is a mystical journey into the knowledge and ceremonies of Old Africa, in which humans and lions are able to cross the species barrier - in accordance with the most guarded secrets of Ancient Egypt and humankind's greatest riddle, the sphinx. It is also a real living journey.

Scientists in our day have established that humankind's most significant evolutionary leap occurred as a result of our ancestors' interaction with great cats. The White Lion is a generic rarity of Panthera leo, and occurred in one region only on earth: Timbavati. Today White Lions form the centre of the notorious 'canned' trophy hunting industry - hand reared captive lions, shot in enclosures for gross money. By contrast, shamans believe that killing a lion-sun god is the ultimate sacrilege. How the human species treats such precious symbols of God in nature may determine how nature treats the human species.
Linda Tucker was educated at the universities of Cape Town and Cambridge, where she specialised in Jungian dream psychology and medieval symbolism. She began her research into the White Lion mysteries after being rescued from lions in the Timbavati region of South Africa in 1991 by a shangaan shaman woman, Maria Khosa. In 2002, Linda Tucker founded the Global White Lion Protection Trust, to ensure the protection not only of these magnificent creatures.
“This is a uniquely beautiful, powerful, and important book—one that restores the deepest mysteries of ancient African wisdom at a time when we need them most. Linda Tucker is one of the world’s greatest sacred activists, and the White Lions she honors and gives her life to protect are messengers of a divine Love and Truth that can transform humanity’s relationship with creation and inspire us to save our world.”
— Andrew Harvey, author of The Direct Path and The Hope