Not If I Save You First (CD-Audio) 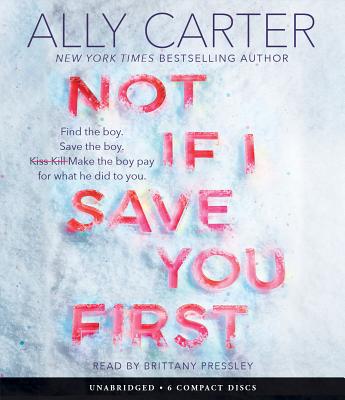 Maddie thought she and Logan would be friends forever. But when your dad is a Secret Service agent and your best friend is the president's son, sometimes life has other plans. Before she knows it, Maddie's dad is dragging her to a cabin in the middle of the Alaskan wilderness. No phone. No Internet. And not a single word from Logan. Maddie tells herself it's okay. After all, she's the most popular girl for twenty miles in any direction. (She’s also the only girl for twenty miles in any direction.) She has wood to cut and weapons to bedazzle. Her life is full. Until Logan shows up six years later . . . And Maddie wants to kill him. But before that can happen, an assailant appears out of nowhere, knocking Maddie off a cliff and dragging Logan to some unknown fate. Maddie knows she could turn back- and get help. But the weather is turning and the terrain will only get more treacherous, the animals more deadly. Maddie still really wants to kill Logan. But she has to save him first.