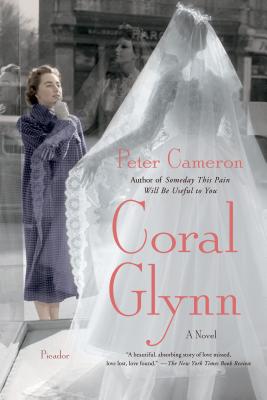 In the spring of 1950, Coral Glynn arrives at an isolated mansion in the English countryside to nurse the elderly Edith Hart. There, Coral meets Hart House's odd inhabitants: Mrs. Prence, the perpetually disgruntled housekeeper, and Major Clement Hart, her charge's war-ravaged son. When a child's game goes violently awry in the nearby woods, a great shadow—love, perhaps—descends upon its residents. Other seemingly random events—a torn dress, a missing ring, a lost letter—propel Coral and Clement precipitously into the mysterious thicket of marriage.

Written with his unique sense of wit and empathy, Peter Cameron's brilliant novel is a stunning exploration of how need and desire can blossom into love—and just as quickly transform into something less categorical.

Peter Cameron is the author of Andorra (FSG, 1997), The City of Your Final Destination (FSG, 2002), and Someday This Pain Will Be Useful to You (FSG, 2007). His work has appeared in The New Yorker, Grand Street, and The Paris Review. He lives in New York City.

“A riveting tale with an often heartbreakingly pure prose style…Scenes unfold with the exquisite design of a one-act play, with props skillfully deployed to comic and poignant effect.” —Sam Sacks, The Wall Street Journal

“Get swept up in this subtle and complicated tale.” —Entertainment Weekly

“[An] intricate tale taut with suspense…As always, Cameron's prose is something to savor. In his hands, even an ordinary moment can seem extraordinary.” —Bharti Kirchner, The Seattle Times